Close to a million silk rose petals were used in a reference to American Beauty, watch it here.

You can also view behind-the-scenes footage creating the commercial, watch it here.

Freeze dried and silk rose petals in The Five-Year Engagement

The movie The Five-Year Engagement released on April 27th, 2012 starring Jason Segel, Emily Blunt, and Chris Pratt, used both our freeze dried and silk rose petals. When you see an aisle made of lavender colored rose petals, those are our freeze dried. The petals used for tossing are our silk.

A romantic setting in the movie Arthur

The new Arthur movie released on April 8th, 2011 starring Russell Brand, Helen Mirren, Greta Gerwig, Jennifer Garner, and Nick Nolte, used our red and burgundy silk rose petals to create a very romantic scene. We will not give too many details yet in case you haven't seen it, but when you see a large circle of petals, those are ours! 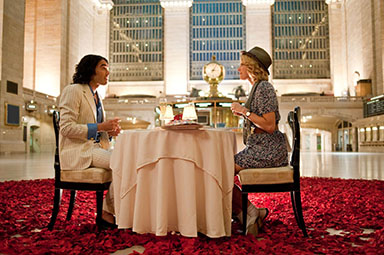 A trail of rose petals in The Imaginarium of Doctor Parnassus

In the movie, the rose petals form a long pathway which Johnny Depp walks along as he leads a woman through the "Imaginarium". The petals can be seen in several different shots.

Our freeze dried rose petals earned the distinction as one of the best products for 2007. Considered the Trendiest Tosses, we are listed among the top 101 ideas, products, and designs in the BRIDES BEST 2007 article. 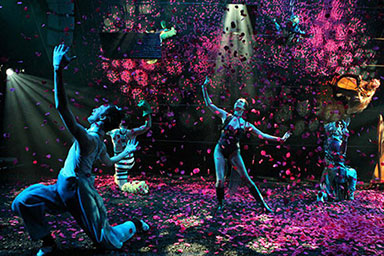 Other notable uses of our products: